Music is a healing force 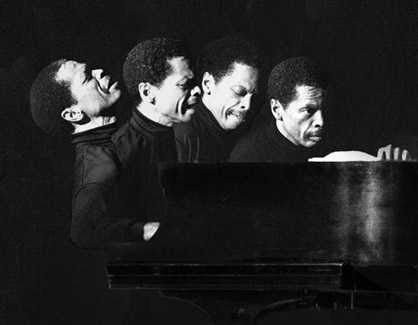 Don Pullen sequence by Michael Wilderman - displayed in A Tribute to Jazz Piano exhibit at The Jazz Gallery, NYC


One of the most beautiful experiences I have had since transplanting myself here to Spain some 24 years ago now was my friendship with jazz great Don Pullen, whose life was cut cruelly short by disease at the age of 54 back in 1995. Below, I recount an anecdote that I am fond of from those happy earlier days ...


Don Pullen was convinced that in a previous life he had been a gypsy flamenco singer from Sevilla, a cantaor. He confided this to me in one of our first flamenco outings in Madrid to explain why he felt compelled to take in as much of the music as he could despite the demands of his quartet’s nightly playing at the Café Central.


The revelation of the earlier life had come to him one night years before while giving a concert at the Roman amphitheater in the Italica ruins just outside Sevilla. And one of its abiding effects was that in all his visits to Madrid, which were usually one or two week stays, we would go out every night in search of flamenco music. He was always up for more, no matter how hard he had played at the club or how fatigued he might be. And I, of course, was delighted to make the rounds with him.


Three of Don's later albums have flamencoesque tunes on them. A few years later, he told me that at one point he had to stop listening to flamenco because it was becoming too strong an influence and was interfering with his composing.


One night, while we were chatting at the bar between sets at Casa Patas, a downtown Madrid flamenco venue, I noticed we were being observed from across the room by a tall, spindly, long-haired, grey-bearded gypsy. I did not know him personally but recognized the man as a quixotic fixture at the club, always seen hanging with the musicians and dancers that frequented the establishment. When his gaze met mine, he got up from his table, skirted around a few other diners, and strode up to us very resolutely, as if summoning up a great purpose that belied the generally bemused and faraway demeanor I usually observed in him.


Usted es un cantaor de Sevilla, ¿no? —“You’re a cantaor from Sevilla, aren’t you?”—, he asked, almost poking Don’s chest with the index finger of his left hand. I was going to answer directly, but instead translated the question for Don.

Before he could reply the man continued, Porque he oido que en Sevilla hay un cantaor negro que canta, pero ¡para rabiar! —“Because I've heard there is a black cantaor in Sevilla who sings so good that he sends people into a rage”.

This, too, I translated for Don, who, with a slight cock of his head and half smile, as if sorry that he had to dismiss the notion, explained to our visitor almost apologetically, “No, tell him I'm just a black jazz musician from New York”.

When I translated Don's answer, the gypsy’s head popped back slightly in disbelief, puzzled and disappointed. He fell silent and then his gaze slowly drooped downward, taking a few seconds to mull over something that just didn't make sense.

Without taking his eyes of the man, Don instructed me “But tell him that in a previous life I WAS a flamenco singer in Sevilla”. On hearing Don’s matter-of-fact explanation, the man’s fretted brows unforrowed as he lifted his eyes back to Don’s. A quizzical smile gently chased away the puzzlement. ¡Claro! —“Of course”— he exclaimed, the riddle now vanquished. ¡Pues entonces yo te conocí en esa vida! —“So then I knew you in that life! — he announced, and with a triumphant wave of his arm and a generous smile he bid us goodbye, pivoted sharply on the happy discovery and strode away. 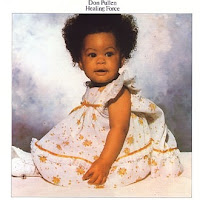 One website with a lot of material on Don (discography, photos, music, links to YouTube videos ... ) is http://www.donpullen.de/ There you can find the cover of his 1975 album Healing Force (music is a healing force, Don liked to say), graced by his daughter Tracey (the Newcomer as he called her in another memorable tune). 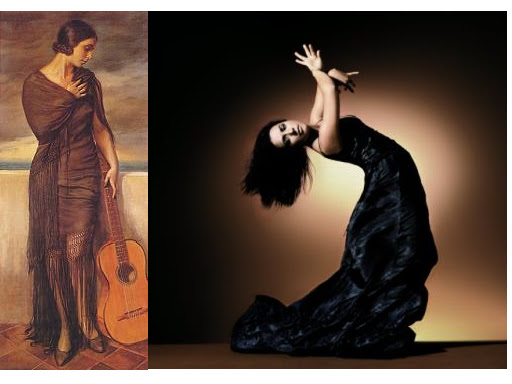