Patrick Sylvain is a Haitian-American poet and writer who teaches at the Center for Latin American and Caribbean Studies (CLACS) at Brown University. The latest Weekly Poem segment on the PBS News Hour Art Beat blog features the poem "Ports of Sorrow". In the accompanying embedded audio, Patrick Sylvain prefaces his recital of the poem with an explanation of how the earthquake in his native land came at the same time as he and his wife were losing their unborn baby. From this atrocious coincidence comes this poem:

Early January afternoon, I stand in my own port of pain
Intertwined with my wife as we moan death-like an incision
To the core. Barbed notes in a soprano's throat.

Port-au-Prince has become an archipelago of open tombs
Consumed slowly by the sun and forming an ever lasting covenant.
This unrelenting port is a cup of their blood. May the sins
Of the prince be forgiven and forgive those who have trespassed
Against "the wretched of this earth."

The port of prince is a mausoleum of dirt-embroidered bodies,
A quarry of dried tongues begging for holy water and bread.
No bread was ever broken and the disciples feared the masses.

Port-au-Prince has neither port nor prince,
But satellites beam our misery as we line up,
Wounded, broken, seeking shelter anywhere but home.
There is no anchor for anger, and no anchor for despair.
The prince departed centuries ago with our coffer, leaving
Broken chariots and cobwebbed treasuries.

The port of prince is a mausoleum of dirt-embroidered bodies,
I wake at night shuddering and intertwined with my wife
In our own port of pain. The clock does not stop at our will,
And how I wish to turn the hand of time, changing the prince's
Morbid cloak, but our ill-constructed port mimicked our timid steps
And breath. The departed last gulp of air is its breath, the relay of life.

Port-au-Prince has neither port nor prince,
As tempests incessantly sweep through,
1804's bright filament becomes faint and sad,
Dimming like a dying firefly. Life mocks us
With sadistic laughter. I feel burdened by death,
Losses and corpses swarming in my chest.
I need a stronger port to anchor their souls. 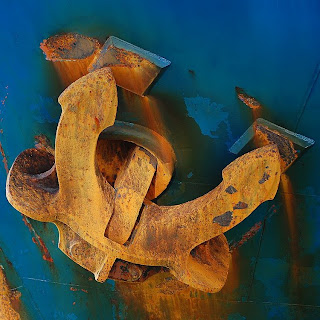 I find his "mausoleum of dirt-embroidered bodies", "barbed notes in a soprano's throat", "broken chariots and cobwebbed treasuries", "a quarry of dried tongues begging for holy water and bread" all to be extremely powerful images of the dire suffering to which he bears witness.

I do not know if it is possible for artists to hew a stone of hope out of this mountain of despair (to use Dr. Martin Luther King's stirring words), but if it can be done, I imagine it will be with tools such as those wielded by Patrick Sylvain.